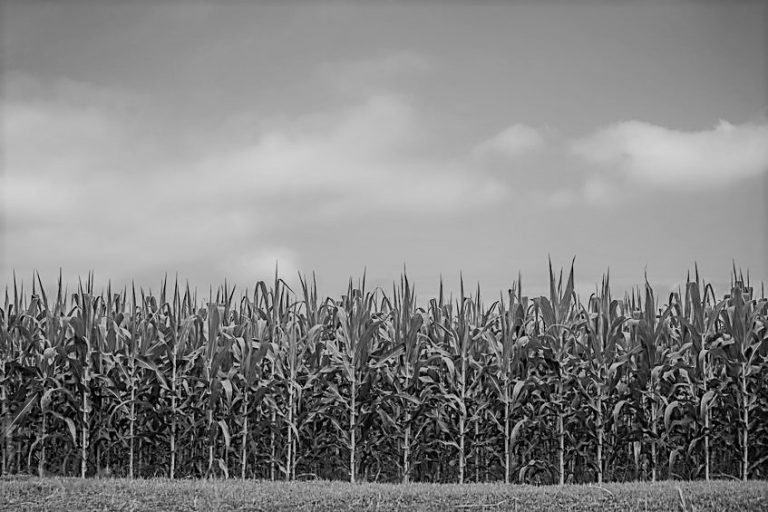 A research project that continues to provide valuable data about its subject over a century after its inception is a rare treasure. Near Scottsbluff, Nebraska, the Knorr-Holden continuous corn plot is one of those unique experiments.

For almost 110 years, this single plot of land has served as a resource of information about the long-term development and impact of corn irrigation. It has been integral in the advancement of irrigation and farming techniques here in western Nebraska.

The Knorr-Holden Plot near Scottsbluff, NE, has been an invaluable research tool for area agriculturalists since 1912.

In 1910, the USDA and Nebraska Experiment Station established the Scottsbluff Experiment Substation. Eventually, the project became a part of the University of Nebraska Panhandle Research and Extension Center. Beginning in 1912, the first superintendent of the substation, Fritz Knorr, supervised a series of irrigated and dryland rotation experiments. Then in 1917, James Holden made it into a long-term project, hence the name of the plot. The rest of those experiments, aside from the continuous corn plots, ended in 1941.

The Scottsbluff experiments began as a way to facilitate research and provide information about irrigation farming techniques to Nebraska farmers.

Area settlers in the late 19th and early 20th centuries soon realized after arriving that the lack of rainfall in the Nebraska Panhandle meant irrigation would be crucial to crop success. The plots near Scottsbluff were developed to help these settling farmers learn how to implement different irrigation techniques and about the effects of those methods on the crops and soil.

As the oldest irrigated corn research plot in the world, the Knorr-Holden Plot has provided unique and valuable information about the long-term effects of fertilizers and irrigation on crops.

With nearly 110 years’ worth of data, the plot has offered insights about various agricultural production principles that would otherwise not be possible to determine. These insights include information about the environmental sustainability and ecological effects of long-term corn irrigation, as well as the role of fertilization and other advancing production technologies in improving corn yield. These ongoing collected findings have been presented at many national meetings and published in many scientific journals over the years.

Just like the Knorr-Holden Plot researchers, L&M Manufacturing is dedicated to providing resources for the long-term success of farmers in Nebraska and around the country. Head over to our website to learn more about the various farming and irrigation products we offer to improve your crop yield and make your job easier.

Contact us today to order the equipment you need for successful farming!

The page you requested could not be found. Try refining your search, or use the navigation above to locate the post.